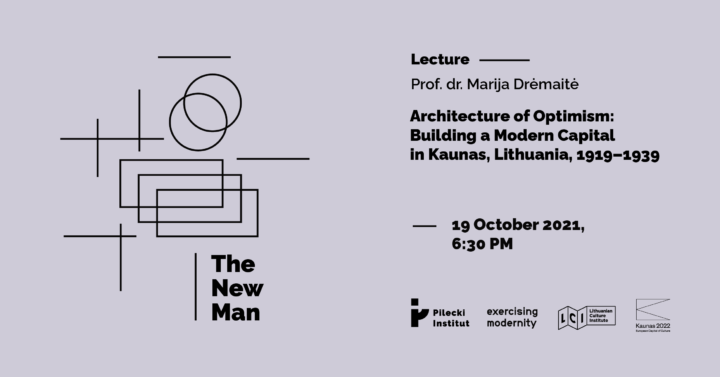 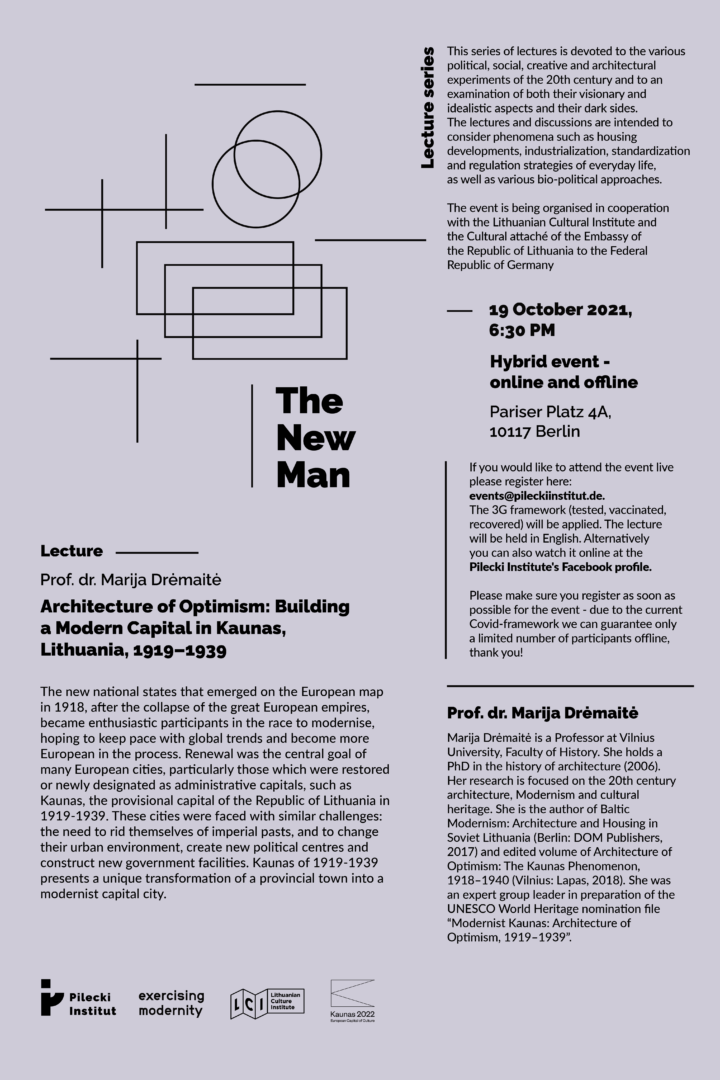 “Architecture of Optimism: Building a Modern Capital in Kaunas, Lithuania, 1919–1939”

The new national states that emerged on the European map in 1918, after the collapse of the great European empires, became enthusiastic participants in the race to modernise, hoping to keep pace with global trends and become more European in the process. Renewal was the central goal of many European cities, particularly those which were restored or newly designated as administrative capitals, such as Kaunas, the provisional capital of the Republic of Lithuania in 1919-1939. These cities were faced with similar challenges: the need to rid themselves of imperial pasts, and to change their urban environment, create new political centres and construct new government facilities. Kaunas of 1919-1939 presents a unique transformation of a provincial town into a modernist capital city.

Marija Drėmaitė is a Professor at Vilnius University, Faculty of History. She holds a PhD in the history of architecture (2006). Her research is focused on the 20th century architecture, Modernism and cultural heritage. She is the author of Baltic Modernism: Architecture and Housing in Soviet Lithuania (Berlin: DOM Publishers, 2017) and edited volume of Architecture of Optimism: The Kaunas Phenomenon, 1918–1940 (Vilnius: Lapas, 2018). She was an expert group leader in preparation of the UNESCO World Heritage nomination file “Modernist Kaunas: Architecture of Optimism, 1919–1939”.

This series of lectures is devoted to the various political, social, creative and architectural experiments of the 20th century and to an examination of both their visionary and idealistic aspects and their dark sides. The lectures and discussions are intended to consider phenomena such as housing developments, industrialization, standardization and regulation strategies of everyday life, as well as various bio-political approaches.

The event is being organised in cooperation with the Lithuanian Culture Institute.