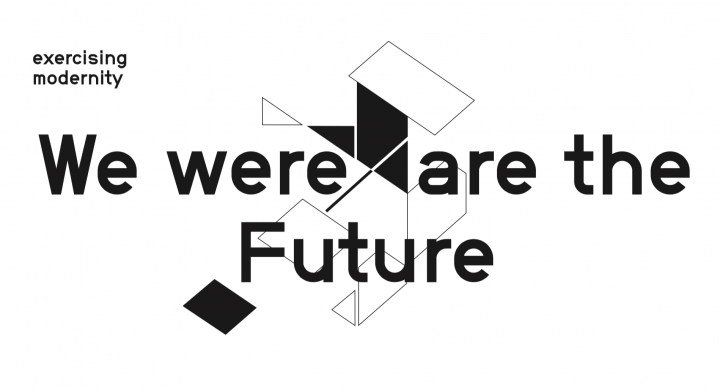 Urban planning of the future. Designing cities in times of uncertainty

It happens that reality can overtake human imagination. No sooner had we developed a debate on urban planning, the process of forming cities and modernistic heritage which has done much to mold our urbanized environment, than the global pandemic challenged our views on the subject. The virus, which has forced people to maintain greater distances between one another and complicated typically urban co-existence in crowded and boisterous groups, will doubtlessly influence urban planning. What consequences will it have? Where can we find points of reference forthem? Can modernism become an inspiration, with its neighborly units, its intimate public spaces and access to greenery? What can we, today, in the age of climate change and viral threat, learn from the past in order to make our cities more conducive to life? Has modernism taught us anything, given us anything, or should we plan to rethink our cities from the ground up?

DOROTA LEŚNIAK – RYCHLAK is a Polish art historian and architect with a doctoral degree. She is editor-in- chief of “Autoportret”; founder and chairperson of the Architecture Institute Foundation; curator and co-curator of numerous architecture exhibitions, including “Impossible Objects” at the Polish Pavilion, 14th edition of the Architecture Biennale in Venice and the “Warsaw Under Construction” Festival at the Museum of Modern Art in Warsaw. Originator and editor of publications in the field of architecture theory and practice. Her recent publication titled “Jesteśmy wreszcie we własnym domu” (“We are finally in our own home”) concerns housing changes that took place in Poland during the transformation period.

ŁUKASZ PANCEWICZ is an urban planner with doctoral degree, academic instructor and, along with Monika Arczyńska, a co-founder of A2P2, an architecture and planning firm specializing in solving complex urban problems. In his early career, Pancewicz worked as a consultant and official dealing with urban planning for the city of Łódź. He completed his internship at the Massachusetts Institute of Technology. He has carried out projects involving urban planning in cities such as Gdańsk, Warsaw and Kraków, public space planning (Gdynia, Łódź) and designing public services (e.g. a system of public bike hire in the regions of Upper Silesia and the Dąbrowa Basin).

WOJCIECH KOTECKI is an architect and urban planner who graduated from the Architecture Department of the Warsaw University of Technology. He is a member of the executive committee of the Contest Jury of the Polish Association of Architects (Warsaw branch), an academic instructor at the Architecture Department of the Warsaw University of Technology and, since 2014, a co-owner of the architecture firm BBGK Architekci. He took part in the construction of several master plan projects, residential facilities, high-rise buildings and public buildings such as the municipality hall in Konstancin-Jeziorna, a prefabricated residential building on Sprzeczna Street in Warsaw, or the master plan of the Gdańsk Shipyard – Młode Miasto (with Henning Larsen).

MAŁGORZATA JĘDRZEJCZYK is an art historian and curator. She studied Art History at the Jagiellonian University, Universität Wien and Humboldt-Universität zu Berlin. The author of academic articles on art and architecture of the 20th century and publications in exhibition catalogs and magazines. Co-editor of the publications “Image/Body and Composition of Space. Sculptures of the avant-garde”. Curator and co-curator of exhibitions, including “Identity. 100 Years of Polish Architecture” (2019); “Composing Space. Sculptures of the avant-garde” (2019-2020). Head of the Exercising Modernity Program (Pilecki Institute Berlin).

ANNA CYMER. A historian of architecture, graduate of Art History at the University of Warsaw. She works with the dissemination of knowledge about architecture. She also writes for popular, industry and specialist media. Anna Cymer has twice received scholarships from the Minister of Culture and National Heritage, and is a winner of the Journalist Award from the Chamber of Architects of the Republic of Poland She is the author of the book “Architektura w Polsce 1945–1989”.

Link for the event: https://zoom.us/webinar/register/WN_16OtiqoJTXu3dY2ODoUFAQ

New metabolism of the modernist city

The avant-garde modernist era formed post World War I was a quest for creating better human living conditions in the world of tomorrow. As technical aspects of the Industrial revolution brought with them new opportunities of creation and mass production for the benefit of society, multidisciplinary approaches to design, architecture and urban planning started changing its shape. Practical issues such as the connection to the environment were an integral part of understanding the human need for recreation, and the connection to nature as a whole was at the forefront of the agenda. We were/are the Future Understanding the “COVID-19 recession” crisis as an opportunity for change while considering contemporary possibilities arising from the “big data information age” we are currently in, one must reconsider the social and tangible shapes that our society dowels up on in order to approach the call for change. As the Canadian activist Naomi Klein states, we are seeing the beginnings of the era of climate barbarism. The clear need to return to a vernacular understanding of the local ecosystem invites a shift to new co-habitation strategies, which we must start to design. The Liebling Haus will tackle questions of such possible new strategies considering a post disciplinary approach, which shall encourage both the contemplation of new forms of metabolisms on the one hand while integrating solutions with a historical value based on the modernist era on the other.

SHIRA LEVY-BANYEMINI is a CEO and Artistic Director of the Liebling Haus – The White City Center, was born in Tel Aviv in 1974 and holds an MA in City Planning and Public Policy from the Hebrew University in Jerusalem and a Diploma of Curatorial Studies and Museology from Tel Aviv University. Levy-Benyemini is an expert on urban regeneration processes, community planning and urban conservation. In her thesis, Levy Benyemini explored the interconnections of urban transformation, particularly involving cultural and artistic activities. As a city planner, she has participated in the establishment of the department for conservation implementation in the Tel Aviv municipality. Her main activity in recent years is creating projects that connect urban planning with culture and art.

Architect SHARON GOLAN-YARON is the Program Director of the Liebling Haus. She holds a Bachelor degree in Architecture from the IIT Chicago, a Master’s degree from the Technische Universität Berlin, and a second Master’s degree in architectural conservation and urban planning from the Technion in Haifa. During her work at the Conservation department of the Tel Aviv Municipality she laid the foundation for and co-founded the Liebling Haus – The White City Center. Her Book “Architectural Guide Tel Aviv” was published for the Center in 2019, by DOM publishers. Her main activity in recent years is engaging the community and the public with contemporary urban issues, while merging historical conservation with environmental responsibilities.

Link for the event: https://zoom.us/webinar/register/WN_4Ov-E-kiRXmWB5-K_1jeig