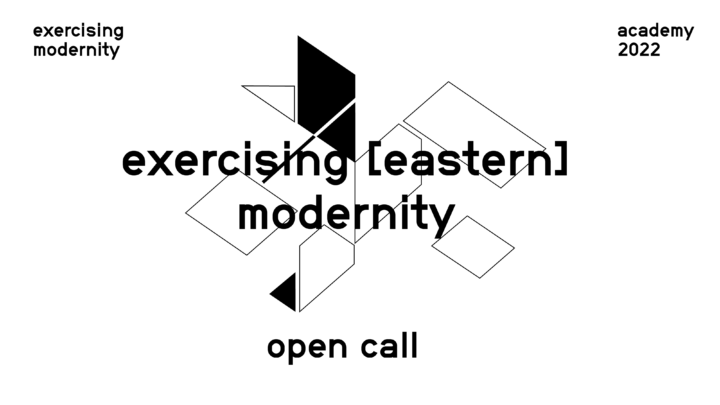 Exercising Modernity Academy is a project for intellectual and artistic exchange, focused on describing the Polish share in modern heritage in a new, interdisciplinary way as well as in an international context. The project aims to highlight modern ideas in a broader sense by tracing modernization practices in Europe and beyond, as well as by following the establishment of modern societies and modern states. Nevertheless, we pay special attention to culture, and more specifically to architecture, which we consider a unique field of various intersecting perspectives, ambitions, concerns and hopes relevant in the formation of the 20th century world.

The fourth edition of the Exercising Modernity Academy will be devoted to Eastern Europe and its historical and contemporary methods of understanding. We want to reflect on the concepts of East and West, have a closer look at the incoherencies between political, geographical, and cultural borders of Europe in the 20th and 21st centuries. We will examine the issue of the role of culture and architecture in shaping the societies, cities and states in this region of the world.

Our ambition is to create a field for reflection on the common experience of the 20th century’s modernization movements of the states and peoples of Eastern Europe from the ideological foundations of modernity and its successful representations in art and architecture, through the difficult experience of totalitarianism and its legacy, to contemporary narratives and self-reflections.

Finally, our goal is to sketch a broader and comprehensive perspective on what Eastern Europe is and how we can better understand the events, changes and processes that have shaped the world in recent times.

The Academy will take place in Berlin in October 2022, during which we will encourage a broader reflection on these issues through lectures, seminars and workshops.

The program of the Exercising Modernity Academy 2022 will be focused on four thematic sections:

The first thematic section of this year’s Academy will be devoted to the multi-layered relationship between what is modernity understood as a set of practices, forms, ideas and struggles of individuals and societies. Attention will also be paid to the relation between modernity and the foundations of modernism manifested in architecture or urban planning, i.e. a relation based as much on compatibility as on inconsistencies between the cultural theory of modernity and its practice. The different dynamics characterising 20th-century aspirations to modernity will be discussed, taking into account the cultural, social, or political specificities of these transformations in selected countries of Central and Eastern Europe. Looking at the architecture of such cities as Gdynia or Kharkiv, or considering the oeuvre of Eastern European architects developing their careers in Tel Aviv or Beirut, it is not difficult to get the impression that Eastern Europe was also an extremely fertile ground for attempts to practice modernity. So fertile, in fact, that within a short time these ideas became part of official development plans, setting an unprecedented, but also peculiar pace of transformation in various centres of the region. Eventually, the grains of modernist assumptions were adopted both in countries striving to realise the utopia of socialism and those oriented towards capitalism, but in both cases this was connected with a kind of revolution in the perception of the role of architecture, which became an important field for the implementation of these plans. Finally, the last highly significant element of this thematic section is the experience of the individual in all these processes. As is so often the case in the systemic development of far-reaching, complex plans, individuals disappear from sight. Therefore, has modernity brought us closer to fulfil utopian assumptions or has it become a source of suffering?

In the second thematic block we will direct the attention of the participants to a range of issues connected with the experience of two totalitarianisms, which happened to the countries of Central and Eastern Europe. The oppressive systems – both Nazism and Communism – had a significant impact on the life of European societies for many decades. They also gave rise to many ethical dilemmas: what choice did the individual have to preserve their identity and survive at the same time? Is it possible to regain trust after decades of manipulation? How – during and after the Second World War – were narratives about the past, present and future produced? How does the legacy of both totalitarianisms shape the present of our cities, the surrounding infrastructure and landscape, and Central and Eastern European collective memory?

With these questions and issues in mind, our aim will be also to look at selected cities in Central and Eastern Europe as a kind of palimpsest, where successive layers overlap, sometimes deliberately attempting to falsify the original, covering up selected elements, and sometimes completing it and building it in – sometimes significantly – empty places

This block will focus on the ways of defining Central and Eastern Europe and the (in)coherences inherent in these definitions with respect to political, geographical and cultural borders. We will look at how, over the past century and in recent years, the imagined and experienced divisions between ‘East’ and ‘West’ have been shaped and how they have manifested themselves in common spaces, including architecture or the spatial organisation of cities, towns, suburbs or villages. We will consider the political conditions of the (re)production of the boundaries and imaginaries associated with the East. We will also examine how the East can be understood in the context of the architectural legacy of socialist modernism, and to what extent modernism developed under socialism differs from modernism formed under capitalist system. We will try to outline the conceptual framework and to trace its evolution, also in the context of contemporary events, which force us to reflect anew on the – physical and imaginary – borders.

Public space of many cities, towns and villages in Central and Eastern Europe is still marked by numerous sculptural, architectural or urban elements, which are material traces of foreign domination and presence of totalitarian systems in these territories. A particular group of such places and objects are monuments, erected in order to perpetuate the propaganda narrative, free of historical distortions and manipulations. Another category of this – sometimes perceived as dissonant – heritage is formed by various types of architecture: from the architecture of oppression and extermination, such as former labour and concentration camps, through residential and administrative buildings erected for the occupation authorities, to huge blocks of flats or even entire city districts, creating residential spaces in line with the dominant ideology. Some of them, apart from the symbolic layer, also have their still important utilitarian, as well as aesthetic or cognitive function, which makes any decisions concerning the further fate of this type of legacy arouse conflicting emotions.

Starting from the reflection on the role of aesthetics in politics, we would like to take a broader look at the issue of constructing forms of commemoration as an element in creating common identity (national, ethnic, political, etc.). We would like to question to what extent this kind of legacy constitutes a troublesome legacy today and what commemorative strategies, translated into architectural realisations or spatial policy, can be found in various countries of the former “Eastern Bloc”.

Through these topics, we will be guided by experts representing different perspectives and disciplines from all over the Europe.

Participants will be selected in an open call procedure, with a maximum of 18 people from Germany, Israel, and Poland (selected candidates should be a permanent resident of one of the aforementioned countries – citizenship is not required. Refugees from Belarus or Ukraine are most welcome).

Candidates are invited to submit their applications by e-mail to the address: apply@exercisingmodernity.com by 01.08.2022 (11:00 p.m. CET). Please write “Academy 2022” as the subject of the e-mail.

A COMPLETE APPLICATION SHOULD INCLUDE 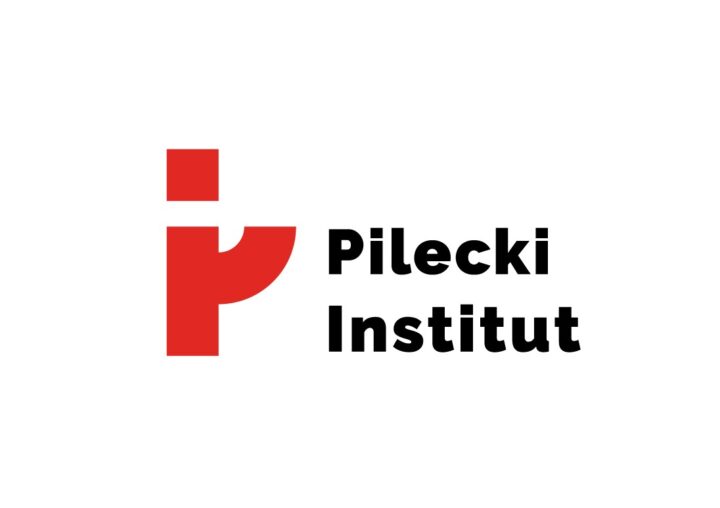