As part of the exhibition Greetings from the Muranów and Miasteczko Wilanów housing estates. New settlement activism, Michalina Musielak juxtaposes archival photographs depicting the stages of construction of the Muranów estate and Miasteczko Wilanów. The artist looks at what remains of their original concepts and to what extent both estates have changed under the influence of the activity and involvement of their inhabitants.

Muranów and Miasteczko Wilanów are two Warsaw housing estates that became the axis of Michalina Musielak’s artistic project. The first one was built after World War II on the ruins of the former Jewish ghetto; the latter was constructed after the political transformation on private land in the peripherally located Wilanów district. Both were conceived as symbolic spaces. The creators of the Muranów housing estate were confronted with an area marked by memories and material traces of the war and the memory of Polish Jews. In Wilanów, on the other hand, one of the largest Catholic religious centres, the site of a two-hundred year old plan for a votive church, was turned into an important dominant feature. Although both projects were finalised in completely different political and economic realities and are separated by almost half a century, they both have in common the fact that they were created as a realisation of the dream of an ideal residential area, typical of their times.

Michalina Musielak is a visual anthropologist, artist and director of documentary films. She studied documentary film the University of Warsaw and humanities at the University of Tel Aviv. She received a master’s degree in new media from the Academy of Fine Arts in Warsaw and a second master’s degree in visual and media anthropology from the Free University of Berlin. She has been involved in exhibitions at the Museum of Modern Art in Warsaw. Author of numerous film projects, supported by social and anthropological research, including: “Is it worth it” (2016); “View. Polish-Jewish relations in history, memory, as spatial representations’ (2018). Her film “Miss Holocaust” premiered at the Berlinale Shorts competition. 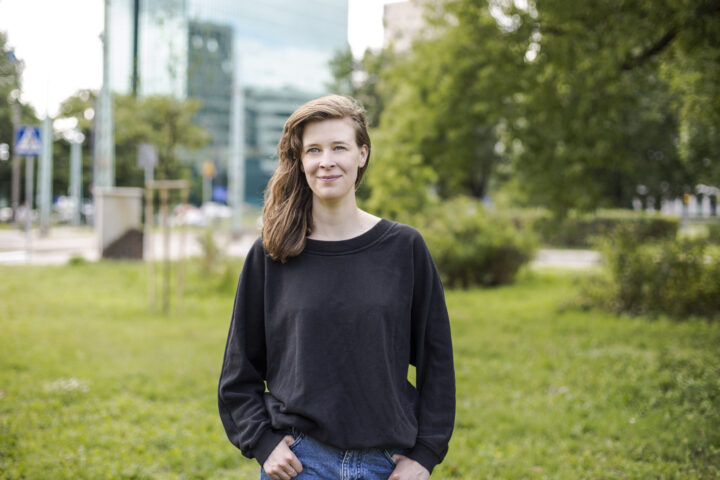 The exhibition was shown in Traffic Design gallery in Gdyni in  August 2021 during the Weekend of Architecture festival and is the result of the artist’s participation in the Cultural Scholarship Program 2018 organised by the Pilecki-Institut Berlin.