The third edition of the Exercising Modernity Academy was focusing on the ways in which modernising trends around the world envisage and design the future, including the concept of the new man, including the new man and the new woman, the new society, the new lifestyle or the new everyday order.

‘We were/are the Future‘ was the motto of last year’s Academy, directing the attention of its participants to issues related to 20th century ideas and visions of building a ‘new’ society, free from deep divisions, where the gap between the private life of an individual and the consequences resulting from industrialisation and technological development was to be bridged. By participating in a series of seminars, workshops, lectures and study visits, graduates of the Academy had the opportunity to explore the numerous strategies and approaches used at different levels, ranging from philosophical and ideological assumptions to spatial policy and social engineering at the state level, so that they could try to answer questions about contemporary visions of development themselves. What new world can art, design and architecture promise us today and help us achieve? What can the experiments of the previous century teach us today? Can a critical verification of their assumptions inspire the solutions we need today? Is it possible to learn from their mistakes and further develop what was left unfinished in them?

The above questions have delineated the thematic area for the 2021/2022 scholarship competition for research and artistic projects.

The scholarship project “Gardens of Inclusivity” is inspired by modernism – a turning point in the history of the distribution of space and a time of reformulation of social paradigms. Today we desperately need a change in the way we inhabit ‘our’ planet and the way we relate to each other. No one should ever again be left behind, without water resources, in ghetto settlements, neglected neighbourhoods or gated border zones. While the idea of spatial justice and inclusive, accessible green spaces may seem utopian, small interventions have the potential to make a bigger change.

The study of modernist approaches, pro-social and nature-oriented spatial concepts from different locations, in particular prominent Polish, German and Israeli examples, will allow to plan and build contemporary “Gardens of Inclusivity“.

Within the framework of his project, the author proposes to design and build a temporary, multifunctional and wandering pavilion in the public space of Gdynia and/or Tel Aviv and/or Berlin. The object would have a cultural and educational function along with auxiliary functions for everyday pragmatic use by local communities in order to stimulate further flow of ideas and inspire for greater change.

The ‘Gardens of Inclusivity‘ created in this way would be places where the ethical meets the aesthetic, where open and inclusive communities benefit from the opportunity to learn from themselves and from the achievements of previous generations.

As well as creating an inclusive garden space with a temporary multi-purpose pavilion, the project will create an ‘Atlas of Gardens of Inclusivity‘ – a collection of contemporary and past good practice from different locations, which will be presented in the form of an exhibition and as a publication. 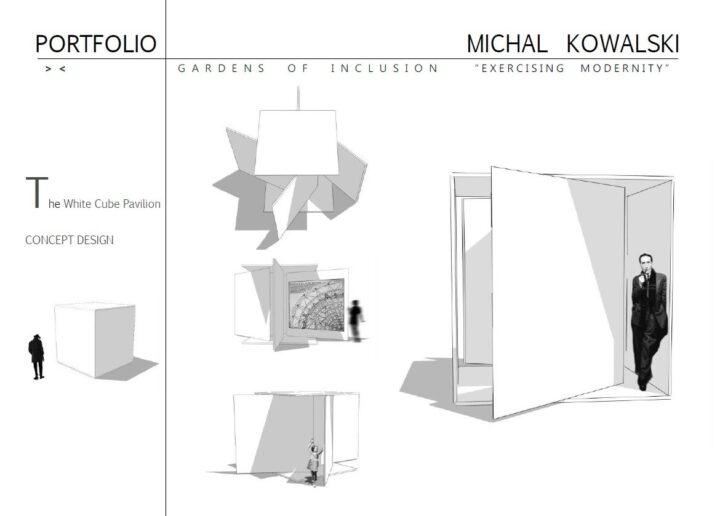 Michał Kowalski is an architect, urban planner and researcher with over 20 years of experience as a designer and planner. He is a member of the Polish Chamber of Architects and the Polish Association of Urban Designers. Author and co-author of housing projects in various scales and forms. Involved in the reconstruction of social housing in Poland. Participant and winner of many architectural and urban planning competitions. He has gained professional experience in Poland and abroad, in the commercial and public sector. His research interests include inclusive public space and inclusive urban planning. As part of his own ‘How thinktank‘, he also investigates space in its non-physical dimension, as a field of individual existence, the sphere of interpersonal relations and collective memory, as well as their interpenetration with the constructed and natural landscape. She writes about material and immaterial space that multilevelly integrates diverse users with the natural world.

Marcin Szczodry’s project involves researching the life and work of the largely unknown architect and designer Max Krajewski – one of the few Polish Bauhaus students whose fascinating story has been almost completely overlooked. In his project, author plans to reconstruct Krajewski’s biography, starting from the childhood in a poor Jewish family in Radom, through the exile and hard work in the Ruhr region, to the studies in Weimar and Dessau and the subsequent architectural career in the Soviet Union. He aims to document and popularize Krajewski’s contribution to modern architecture and give his work the recognition it deserves.
By that means, he also hopes to shed light on a poorly examined topic of Poles studying at the Bauhaus and thus influence both Polish and German discourse on modernism. He believes Krajewski’s life story has a particular value both to the history of modern architecture and to the study of modernity in general. It is like a mirror, which reflects all the troubles and turmoil of the XX century, from antisemitism and totalitarianism to migration, emancipation, and class struggle. 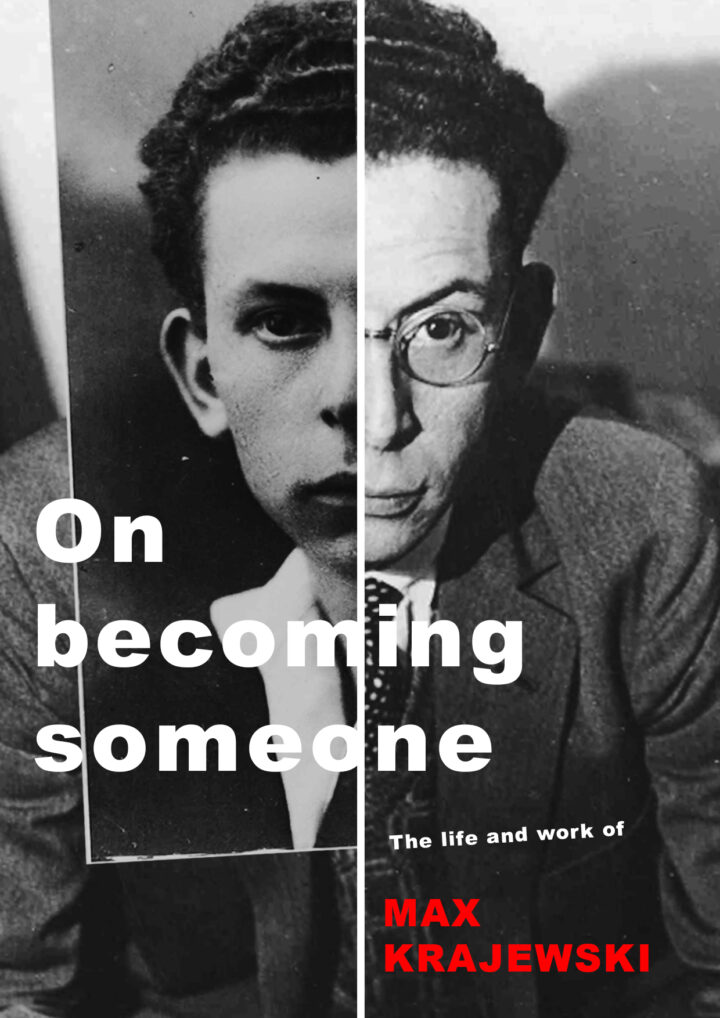 Marcin Szczodry (born 1988), Poland, is an architect and journalist living and working in Berlin. He was studying Architecture and Urban Planning at Cracow University of Technology and Münster School of Architecture. After graduating in 2012, he moved to Berlin, where he gained experience in several architectural practices, working on various projects in France and Germany. Since 2017, as a collaborator of the EM2N Architekten, he has been planning the innovative office buildings in Berlin and Hamburg. Along with his day job as an architect, he regularly publishes in Polish magazines, such as Kwartalnik Rzut and Przekrój. In his articles, he deals with architecture as a cultural phenomenon, with his main field of interest being the intersection of history, memory, and politics in a spatial context. In his spare time, he loves to explore Berlin in search of its Modernist treasures.

The creators of the future – a project-journey in the footsteps of Polish-born architects and urban planners who emigrated to Israel and were responsible for the planning of the development of the country in the first years after its establishment.

Architecture and urban studies were intended to play an important role in the formation of Israelis’ lifestyle and the revival of their national identity after the proclamation of the state. One of the main elements of this social experiment was the planning of a brand new settlement network of the country. This was a fascinating undertaking, both in terms of the scale of the project and in terms of the forms of the architecture erected. Many of the architects active at that time originated from Poland and studied in Europe. After their arrival in reborn Israel, they got perfect conditions for the creation of innovative, often even experimental, designs. Some of them settled in big cities, mainly Tel Aviv, setting up their own architectural businesses. Others fulfilled their visions by engaging in governmental projects of social engineering consisting of the creation of a new living space for the upcoming waves of immigrants.

In her project, Ula Prokop would like to embark on a journey in the footsteps of the architects who were actively involved in the creation of a new living environment for the emerging society. For her, it appears especially interesting to study the space as a vehicle of ideology and its influence on the shaping of the views of the society. 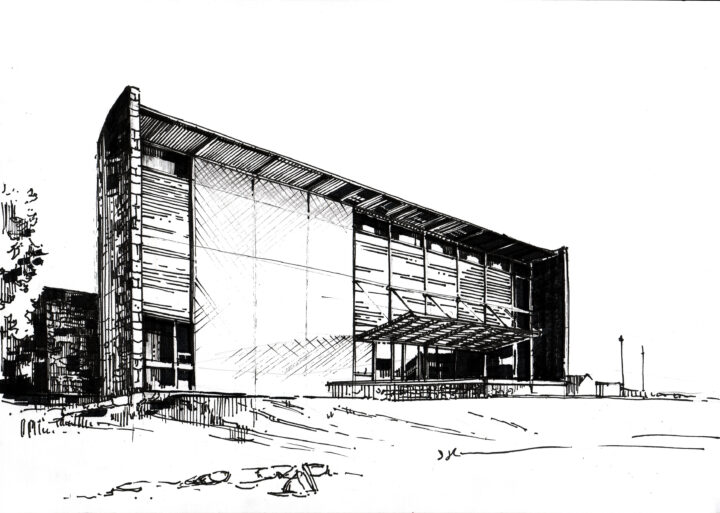 Urszula Prokop (born 1993), architect, urbanist, researcher. She lives and works in Warsaw. She is a graduate of Architecture of the Warsaw University of Technology, with major field of study described as “Architecture and Urban Planning – City as a place of development”. She also studied at KU Leuven, Sint Lucas campus, Ghent (Belgium). She is a co-author of “Adrichalim- architects”- a lexicon of architects of Jewish origin who were born inside the territory of Poland and subsequently emigrated to Israel, where they created buildings now considered icons of architecture. Her research focuses on the history of urban development and evolution of urban planning.
A Warsaw-lover, guiding architecture-oriented tours, especially focused on
the heritage of a district of Muranów.

‘Manufaktura’ project deals with different reincarnations of the Manufaktura complex located in the heart of the city of Łódź. Currently a shopping and recreation center, the complex was one of biggest textile factories in the area since the end of the 19th century until it went bankruptcy during the political transformation in Poland in the 1990s. Deriving inspiration from one of the pioneering works of the science fiction genre the film Metropolis (1927, dir. Fritz Lang), the project will take the form of an experimental film and will present, using cinematic and artistic tools, a critical contemporary observation on the history of the monumental complex in Łódź which serves as an illustration for processes of industrialization and commercialization in the Modern era. The Digital Age, amplified with the global pandemic, led to changes in commerce and recreational activities in the public space. It is perhaps one of the last opportunities to document the complex before its next transformation. Therefore, the research will focus as well on current tendencies in the social, political, economic, and cultural aspects of a post-industrial city, while Łódź serves as a model. 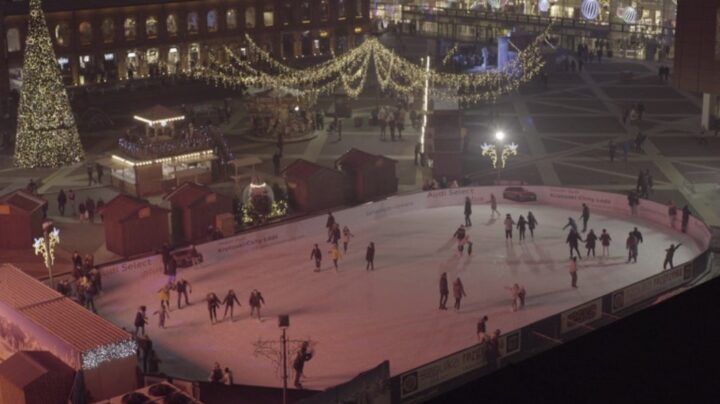 In her work, Yael deals with ideas of representation and recreation of historical issues. She is interested in concepts of migration throughout the 20th century as well as in social and artistic movements from Central-Eastern Europe. In her work, Yael uses archival images which allow her to channel personal and collective stories through films, photographs, documents, and letters among other found objects. By incorporating different materials into her films and installations, Yael attempts to create an interactive, multidisciplinary art form and build bridges between the past, present and future.